The first Catholic Church in the Foley area was “Church it the Holy John Baptist” also known as the “Church in the Wilderness”, established in the mid 1880’s. This wood ran structured was destroyed in 1894 by a fire in which was ignited by a live coal from a train engine.
in 1895 St. Bridgets Catholic Church was erected just north of Foley. Father Patrick Mooney, an Irish priest was appointed resident pastor in 1896. In 1905 Father Al Kittowski was appointed resident pastor, with 65 families. This facility was later moved closer into the Foley community, where the current Public schools now sit.
Consturction of our current church began in 1907, under the direction of Father Kittowski. This was possible because $25,000 was bequeathed to the parish to build a bigger church to meet the needs of the growing community. This donation was made by prominent resident of Foley, Mr. John Foley. The Church was completed in 1909 and in honor of Mr. Johns generosity the new church was named St. John’s Catholic Church. 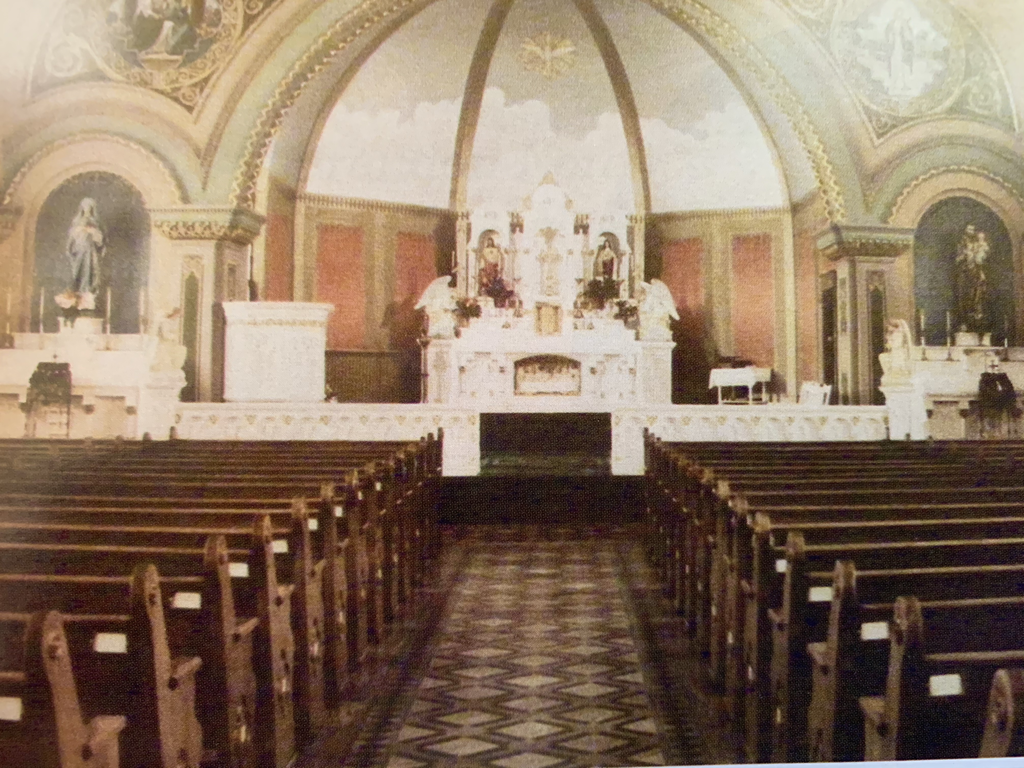 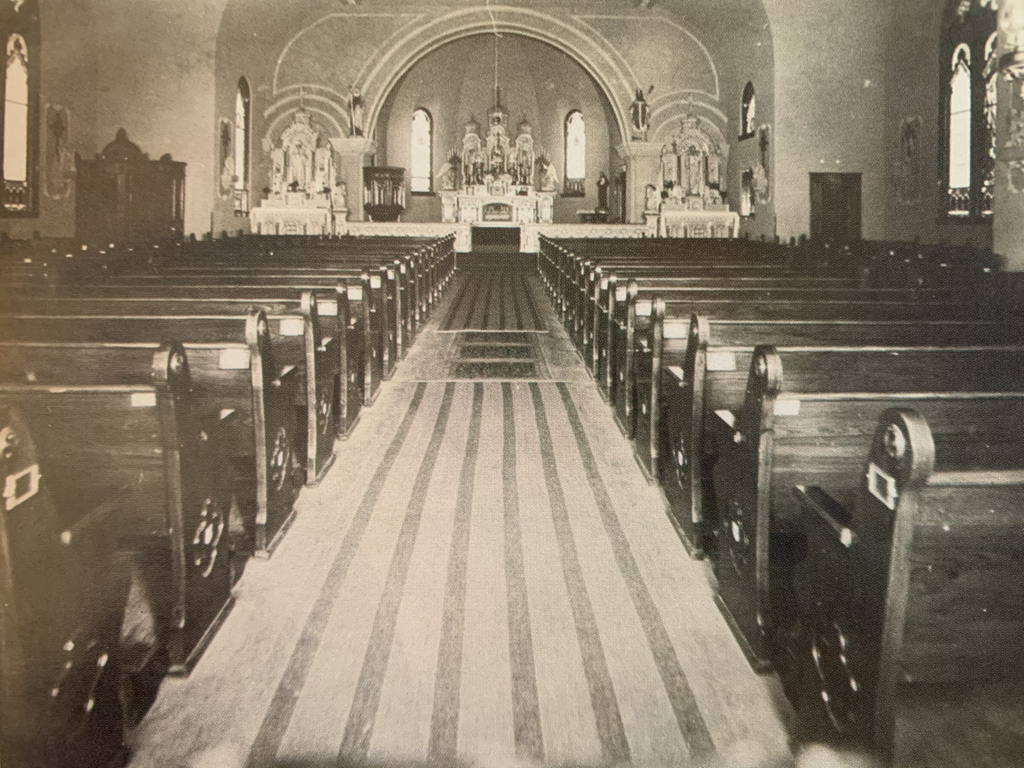